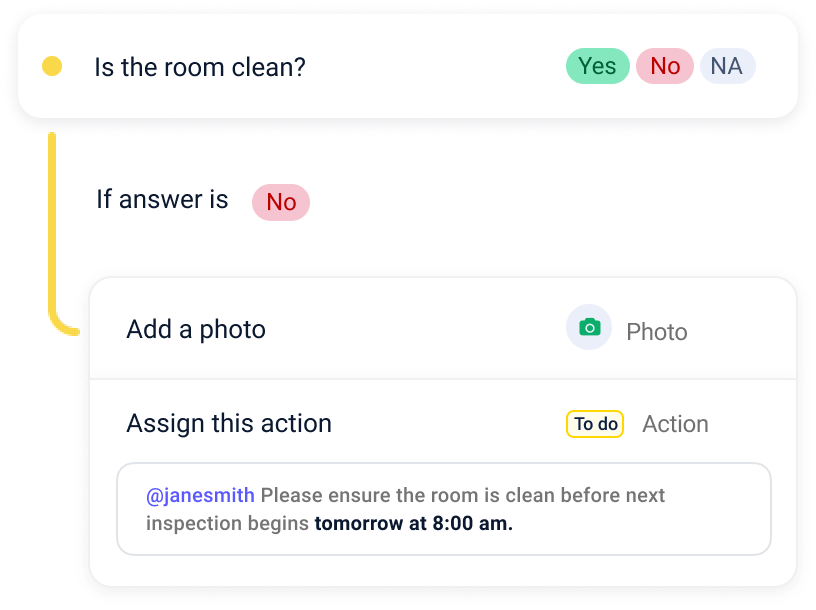 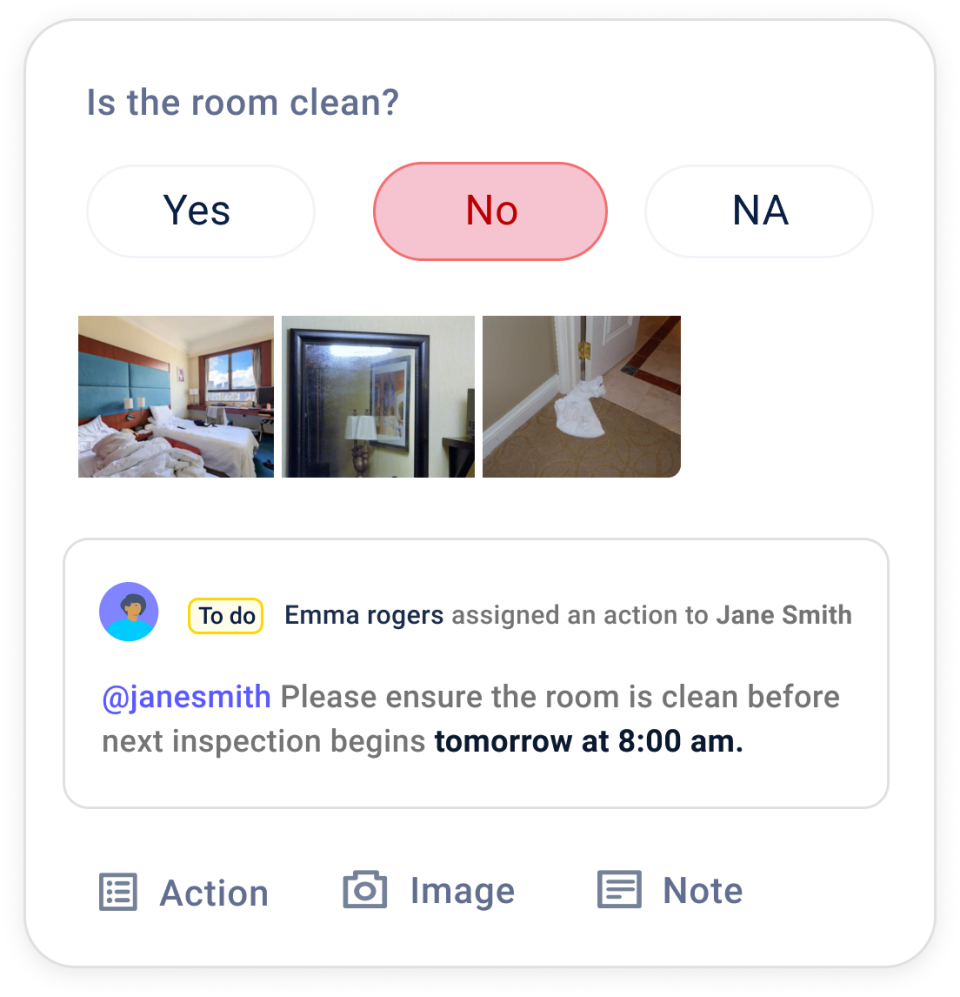 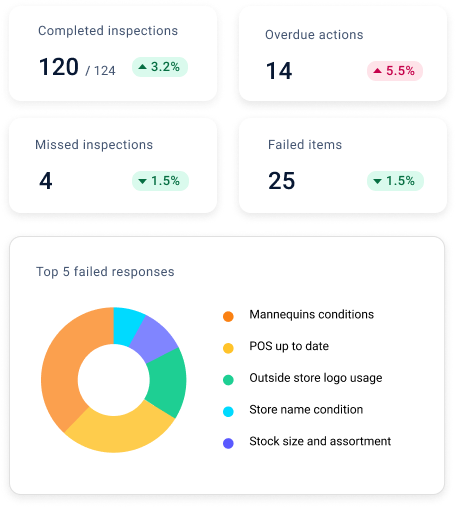 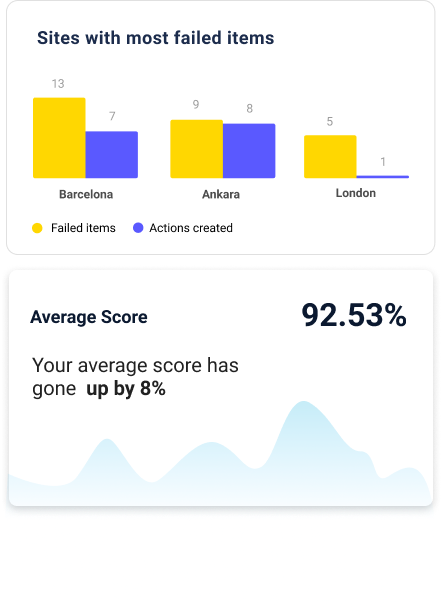 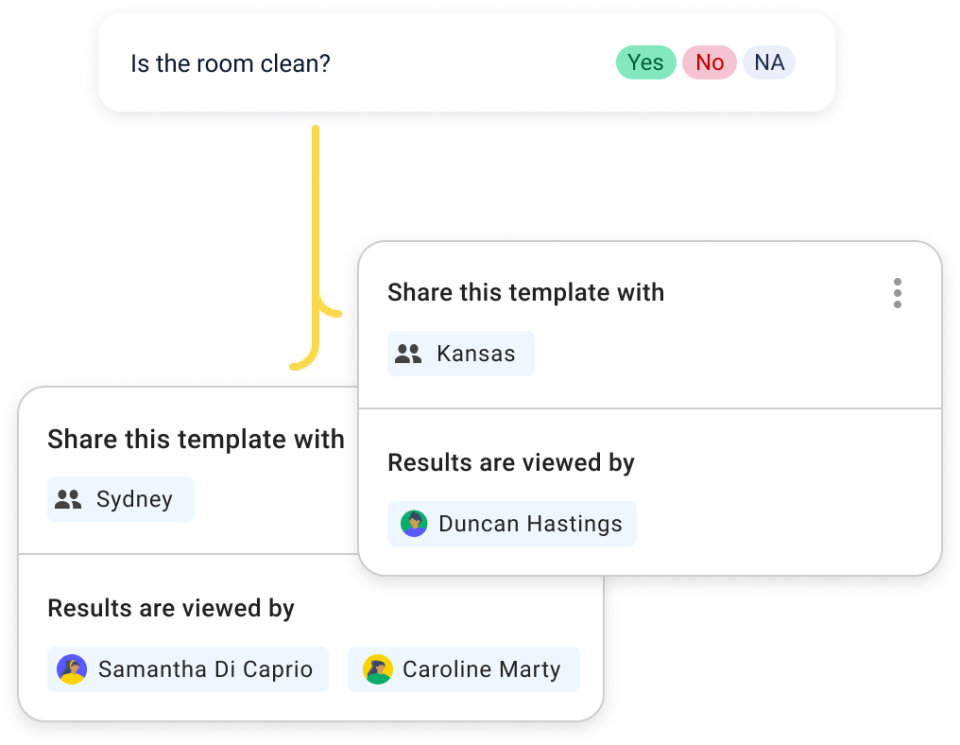 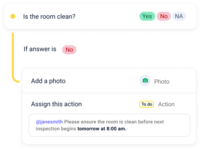 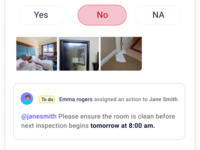 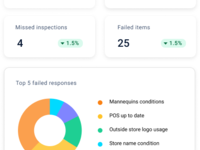 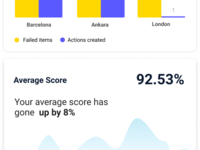 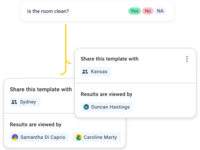 "Thank You for Making My Job 10x Easier!"

Comentarios: My role requires that I conduct several daily hygiene audits of areas like the kitchens, bars, and restaurants so as to score how well they are doing at adhering to our corporate standards. This tool allows me to conduct these audits much faster, it allows me to upload pictures and apply comments. I am also able to give the supervisor of the area a score of their performance and all the areas in which they fell short at the end of the audit. I am able to upload these audits in any format that I want, I usually choose PDF, so that I can easily email it to the heads of department. This software also allows you to keep track of your own performance by telling you how many audits you conduct within any given date period, how long you spend on each audit, the topmost failed items, etc. This has made my job 10 times easier! I am so happy with it!

Puntos a favor: How easy it is to create audit checklists and how convenient it is to use in actual, physical auditing.

Contras: There are no cons to this software in my opinion

"An Audit/Inspection Tool With Brains"

Comentarios: The iAuditor customer service is exceptional. They were very responsive to my questions, when I was a newbie. That alone, was pretty impressive. But where they really came through was when they recently updated their template editor. As mentioned above, I have become an iAuditor power user and I was told at the time of that editor update that my motorhome template was one of the largest templates in their system. When they updated the editor, they have not allowed enough storage space in the editor for such a large template. I should mention that I could still open and edit a new inspection, on either the Mac or iPhone. I just couldn't open the template, to make changes. I told them which template it was and within a very short time they got back to me and told me that it was in the memory allocation and they were working to resolve it. Within less than 24 hours from the time the issue was reported, they had resolved the problem - this in the middle of a major roll-out of a new tool. Wow! That's when I was really impressed. This is customer service that compares favorably with AppleCare. The product just works. But when it doesn't, like during that editor roll-out, they get it working in short order. Best of all, iAuditor works flawlessly on iPhone. I have tried other tools that were less than reliable on iPhone. In particular, HomeGauge crashes, on average, three times during every inspection and always with a loss of the most recent data (1 to 15 minutes).

Puntos a favor: LOGIC: Most audit/inspection software functions simply as a (dumb) check list. By that, I mean that there is no associated logic. iAuditor give you "IF" statements. I inspect motorhomes and there are dozens of options in such vehicles. With other software, I am asked questions about every option, even when that option does not exist. With iAuditor, my template asks if the coach has propane. If the answer is "no", then about 40 questions are not asked. This capability speeds up my inspections tremendously. The template editor is easy to use. But it does take a little experimenting and getting used to. After that, tailoring a template to your specific needs is easy. To give you an idea of what I mean, my motorhome inspection template is about 7,000 items long (OK, I'm an iAuditor power user. But the point is that's possible.). A large part of that 7,000 items is logic. But the bulk of it is my own statements about each potential issue that might be encountered. There are only around 300 to 330 inspections items on a motorhome, but more than 2,000 possible issues to be found within those 300+ inspection items. So my iAuditor template includes every statement that has ever appeared in any of my inspections, going back years. Which specific statements show up is determined by which buttons or boxes are clicked. 98% of my report is done, when I leave and lock the door. That's a major time saver and it all comes down to one word - "LOGIC". It also works flawlessly on iPhone!

Contras: There are only two things that I wish iAuditor had:
1) An "AND" statement. They have what amounts to an "OR" statement. But they are missing an "AND" statement and I would personally find that to be very useful. Their options are "IS", "IS NOT", "IS SELECTED", "IS NOT SELECTED", "IS ONE OF", and "IS NOT ONE OF". They could use two more options, which would be, "IS ALL OF", and "IS NOT ALL OF". 2) "PERSISTENT VARIABLES". Currently, variables only apply to the most recent question. For example, if the coach is all electric, it means that many questions my inspection template don't have to be asked. It would be really nice to be able to have at least a few persistent variables, that would be available throughout the template. That way, if I were to determine, early in the inspection, that the coach is all electric, the template could include various "IF" statements in various places later in the template, that would bypass all questions about a propane stove, propane oven, propane furnace, and propane refrigerator. In fact, the lack of persistent variables is one of the primary reasons why my motorhome template is more than 7,000 items long. With persistent variables, that number should be able to easily be cut in half or better. But these are wishes for something that no other audit/inspection software has, either. In other words, they would make the best, even better.

Puntos a favor: iAuditor is useful for field reviews without needing paper reports. I can use my tablet or phone to take photos, insert them into specific sections of my report and save out specific reviews. When I get back to the office, I can import the report into a Word template and print to PDF.

Contras: It would be nice to be able to format the text of each report text and entry lines, and the exporting options don't always export correctly.

Comentarios: Since I started using iAuditor, I have never looked back. The customer service is astonishing, the software is outstanding and the app itself is easy to use for anyone from Senior Management through to the ground staff.

Puntos a favor: The iAuditor Software is by far the most comprehensive all-in-one compliance system I have used thus far.
The ease of use, thousands of templates and real time uploading is outstanding.

Contras: The only minor downside is that it takes a fair bit of effort to download your created templates to a PDF version.

Comentarios: This software has greatly helped us to improve our internal controls and internal audits. The graphs and reports with insights are amazing for our monthly and quarterly meetings.

Puntos a favor: - Customization
- Ease of Use
- Great Customer Support
- Always improving the services and product

Contras: - Nothing, all is good, they have great features and their customer service is great!