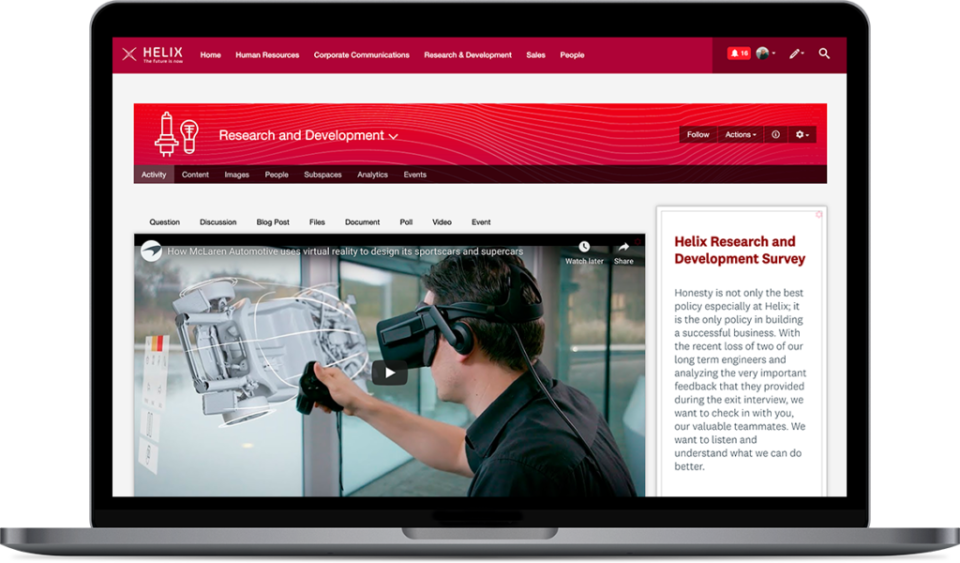 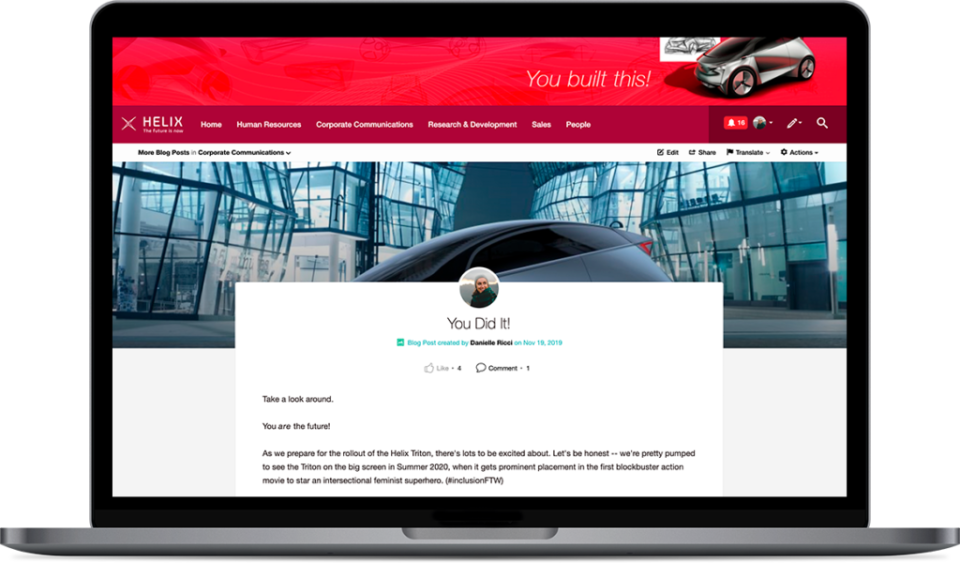 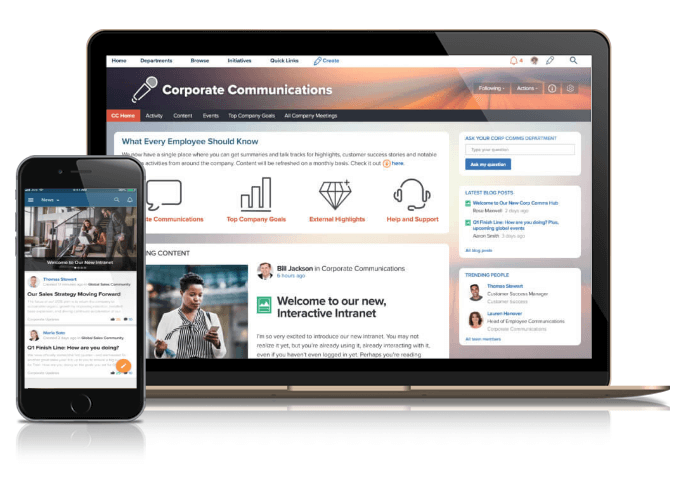 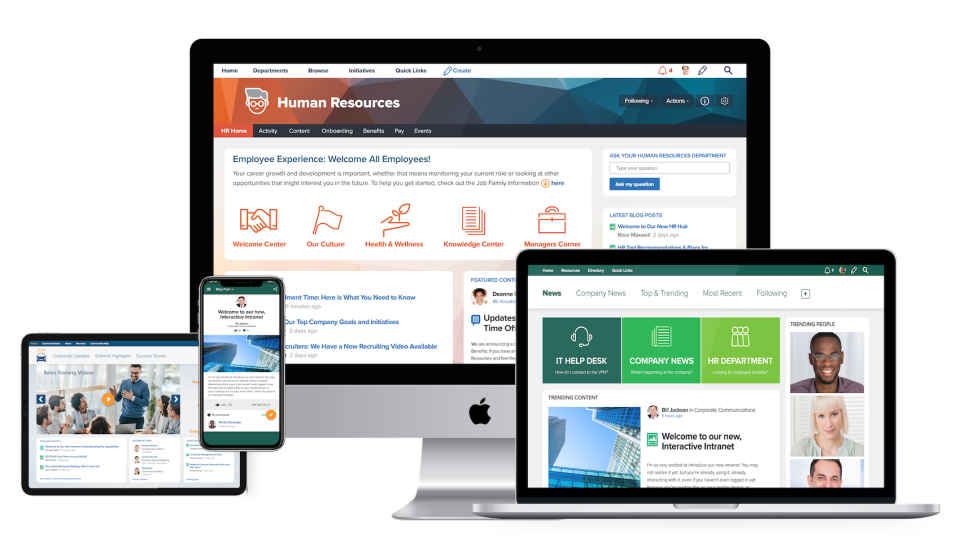 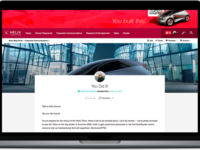 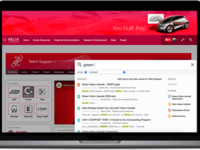 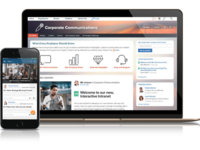 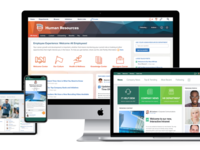 Puntos a favor: Jive provides my organization with a social network styled platform where employees can interact and collaborate outside emails. It is completely mobile ,therefore I am able to use Jive while on the move to follow current company news , access my Jive inbox and manage all of my communications , while also being able to create and share documents.

"Overall a good product but could use better customer service."

Puntos a favor: The UX/UI for the end user is very good. I conduct training for all of our new hires and they find it easy to use and navigate. Several different options allow for some customization of "places" and the admin console is quite robust in terms of permissions, email notifications, and news feed structure. The free mobile app functions as a great extension of the web app. They seem to be on the verge of greatness in terms of fine-tuning what they current offer and expanding into new features.

Contras: When we first started using Jive about 3 years ago, the customer service was pretty good, but since it was acquired, the new focus seems to be less on keeping their previously good customer service and more on pushing current customers to upgrade (and spend more money). While they may still be transitioning due to the acquisition, I get the sense that Jive could be really great only if they stop treating their customers like prospects with a lot of extra money in their budgets to spend on upgrades and consultant fees, and start providing the same level of customer service.

Comentarios: There are always wants when it comes to customized software, but most companies just write you off when you have met your budget or end of a contract. Jive customer service is second to Sauce Labs for listening to the customer. They joke around with you and become a friendly customer service. Their software is like a company Facebook for our corporate account. It's a social place where we can share content. Jive has been able to help our company share and live to stream our content that is easy enough for that lady that's been in our company for 35 years that refuses to upgrade her IE8 browser. It's simple where the image or spot that someone would assume where something would be. I highly recommend them. They do have their downfalls in their search, however. Previously powered by GSA, but since changing away from them it causes our biggest complaint within the company. If tags aren't used on the document or you don't know the exact title or phrasing you have a hard time finding ideal content.

Comentarios: Improved collaboration, and once it had been adopted widely across the company, the internal site we built using it became a must-visit destination each day because it made it easy to quickly see what's going on around our large company.

Puntos a favor: Used for an internal company site, Jive is a simple, user-friendly tool to allow employees to easily collaborate and communicate in their work and other initiatives. I've also found it's very handy for the sharing of documents, and the ability to limit visibility of those documents where necessary is a definite plus.

Contras: There is not much to dislike once you get used to it, which doesn't take long. The only place in which I've found it can be a little buggy is my personal feed of updates I'm following in my inbox, which does not always mark items as read when I want it to.

Comentarios: My overall experience has been great. Everything works as expected and as it should. No complaints

Puntos a favor: No dropped calls, no cracked voices no issues with caller not hearing me but I can hear them. The customer service is awesome! They will log onto my computer to show me how to do something if I am having issues figuring something out. They are committed to helping me until a resolution is reached.

Contras: There is nothing that I don't like about this software. I have hardly had any issues but any issues o have had they have been able to resolve for me.